We’d watch grueling climbs and daring descents with awe. We cheered. We yelled. We gasped. We marveled at the complex strategy of each race. We basked in the French chateaus and giggled at the crowds. Who doesn’t have a good memory of Dieter “Didi” Senft -- known as El Diablo, or the Devil of the Tour de France -- running alongside the riders with his horns, staff, and red cape urging them on to victory? Background: I live on the highest point in all of Seattle, a city of hills. Riding a bike, once a favorite pastime, became a challenge. Going out -- EASY. Coming back home -- old knees and lots of wheeze weren't fun anymore. Over a decade ago I gave up on biking.

Then son Mark talked up the virtues of electric bikes. On a visit last May I gave one a try and was HOOKED! As of my 74th birthday (Thanks Mark, KC & Tess!) I'm back into biking.

THESE THINGS ARE AMAZING! AND ADDICTING!! They deliver *all* the fun with *none* of the grunt. Big-ass hill? Just shift down a gear and invoke the motor. Steeper? Up the assist from "Eco" to "Tour". Still more? Go for "Sport." And then "Turbo" will propel you up any gut-buster in a gear 5X what you'd normally expect, at a speed that puts athletes in the dust, with virtually NO effort. NOT exaggerating!

As a true test, I went shopping DOWN at the local center. Picked up a 28-lb. box of copy paper at Staples, plus about 16 lbs. of groceries stuffed into a pannier. The rack & pannier worked great, and I got back up my considerable climb as though nothing was there!

Full Disclosure: True to all us selfish Boomers, I fully expect my kids to care for me in my dementia-riddled dotage. As such, this is an unvarnished promotion for all my Old Fart friends to get your saggy buns over to Castle Rock Bike & Ski and grab one of these rejuvenating miracles!!

Headed to college this fall? We have the ride for  you. Haro’s Bridgeport dual-sport hybrid is perfect for commuting to school but beefy enough to take some wear and tear over curbs, potholes and rough roads. At $499.99, this bike is everything you’ll need and want to get around campus and get around town. Come in […]

Castle Rock Bike & Ski is pleased and proud to introduce KTM Bike Industries as the newest member of our family of high end, you-can’t-get-just-anywhere products. KTM has been making award-winning bikes in the small town of Mattighofen, Austria, which is located between Salzburg and Braunau, since 1964. KTM is synonymous with quality, agility, durability and […]

You’ve been asking for it and we have delivered. Castle Rock Bike & Ski T-shirts are now in stock. We have mens’ and women’s styles in every size. Super soft and comfortable with a logo designed by Castle Rock’s newest treasure, Nick Lucey At $20 each, these t-shirts are steal. Get yours today!! Call us at 303-688-1722 for […]

It’s time to ride! The 28th Annual Subaru Elephant Rock Cycling Festival, which is the unofficial start to the Colorado cycling season, will be held on June 7. You don’t want to miss this year’s event.  There is a new Century course featuring scenic and quiet country roads that meander through Franktown to the rolling […]

Today is Teachers Appreciation Day and we would like to celebrate how important teachers to all our lives — whether we are students or not — by giving every teacher who comes into the shop today 10% off their bike tune-ups.  If you are a teacher — active or retired — come in today. If […]

For years, you’ve counted on Castle Rock Bike & Ski to be your go-to place for ski and snowboard rentals. Well, we are now offering bicycle rentals as one of our premiere services. Did you know the Town of Castle Rock has 41 miles of soft-surface and 32 miles of paved trails? We are lucky to have one of the […] As Castle Rock’s Ridgeline Open Space plays host to the first Rocky Mountain Endurance Series race of the season on Saturday, April 25, I am reminded of my time racing in the saddle. My first mountain bike race was in 1986 when I was living in Tacoma, Wash.  I moved to Colorado in 1988 with […]

Let’s face it. Fat bikes are cool. They just are. You see them everywhere these days. Even The Terminator is in on the gig. Arnold Schwarzenegger was recently seen riding his Orgin8 Crawler down the street. This is one cool ride. The Crawler uses the state-of-the-art NuVinci N360 gearless CVP drivetrain to provide smooth, seamless shifting […]

This is Copper Mountain’s last week and it looks like the resort will have some nice powder to end the season on a high note. To celebrate the end of a great season and as our way of saying “Thanks!” to all our customers,  Castle Rock Bike & Ski is giving away FREE lift tickets […]

Tune Up Your Bike Bring Your Bike Repairs to Us

The Man, the Myth, the Watchmaker

Pierre-Yves Müller, the notorious Swiss watch maker, is sitting in a minimalistic garden chair outside his house located in the heart of fairy tale Swiss Alps. FashionFreaks were lucky enough to get an interview with this mysterious precision watchmaker.

It strikes me the second I see him, this man is the real deal. Well groomed fingers with nails trimmed to perfection. These hands are his tools and they are taken care of in the same manner an auto repairman takes care of his tools.

Pierre-Yves greets us with a conservative smile, there is no room for small talk in this interview. But small talk is not necessary, we want to know everything about the man and his company, Tick Tock, Tick Tock...

Read the rest of the article 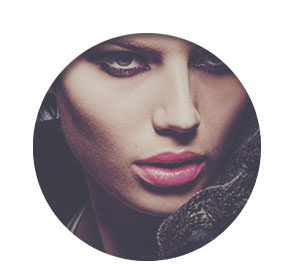 The new line of Kalman lipsticks are very exciting. Intense colors and a very long lasting effect. For the price, you get a lot of lipstick. The design of the lipstick looks cheap, though. 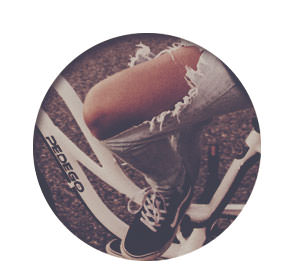 Eamonn have released a new line of jeans called Eamonn No. 5. If you have the right figure, you're in for a treat. The tight fit looks great, and they are very comfortable to wear. Although pricy, you won't get a much better pair of jeans. 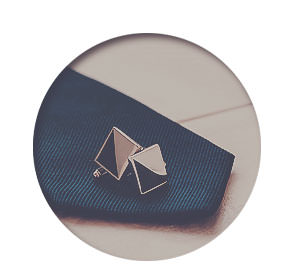 Luxury ties from Italian makers, Aaqil. These ties are the best looking ties we have seen in a long time. Expensive, yes.. a problem, NO. 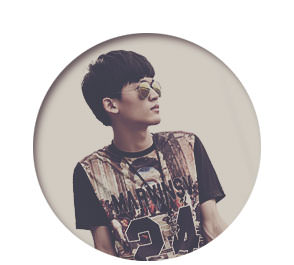 Best fashion news in the world!

Sign up for our daily FashionFreaks newsletter and receive the best and most up to date news right away. Every month we also pick a winner among our newsletter readers. They will receive a full year of our special VIP membership.

Thanks for subscribing! Please check your email for further instructions.

Something went wrong. Please check your entries and try again.

No part of this online fashion magazine can be re-produced without prior written agreement. If you are looking for press material, you can find it in the about section.